Will the spring Budget improve our schools or was it all a gimmick?

Announcing the spring Budget in Parliament, Chancellor Phillip Hammond put aside £260m for much-needed repairs to school buildings. He also made it clear that the government would pursue its free schools expansion plan by investing another £320m towards the opening of the schools. A total £1bn in extra funding was announced for schools, including £500m for new T-level vocational exams.

Dr Mary Bousted, general secretary of the Association of Teachers and Lecturers responded: “The Government has failed to consider the needs of the majority of children and young people in not increasing the funding for all state schools.” “Putting more money into free schools and grammar schools will not benefit most children and is a costly way of providing extra school places.”

Some 70,000 new school places will be created through the opening of 110 new free schools, Mr Hammond confirmed, although only 30 will open by the year 2020. Not everyone agrees with the free school expansion. As the National Audit Office has highlighted, existing free schools have not always been in areas where they are needed.

The budget included £20 million for free transport to grammar schools. An existing entitlement to free transport for pupils eligible for free school meals, or whose parents claim the maximum working tax credit payments, will be extended to cover selective schools. The Treasury announced that it is allocating £20 million towards this pledge, spread across four years starting from 2018-19. The move brings grammar schools into line with faith schools in terms of free transport entitlement, but has been criticised for prioritising selective schools over other state schools.

A key part of the Budget announcement was for investment in technical training. The new T-levels are designed to whittle more than 13,000 different qualifications currently available for 16-year-olds down to 15 routes into industry areas such as engineering, design and construction.

Head teachers such as Geoff Barton (ASCL General Secretary elect) mirrored the disappointment, saying the Budget had failed to address the fact that schools and colleges were having to make significant cuts to their annual running costs. This will mean cutting staff, running fewer classes and larger classes, not just being unable to paint the corridors. More than 80 per cent of school budgets are spent on staffing, so it is clear that the £3 billion of savings the government expects schools to find will result in fewer school staff. This cannot help but have negative consequences, often for the most vulnerable. Class sizes will increase, the curriculum will narrow, training will be cut and support for struggling children will be reduced. The UK is one of the wealthiest countries in the world – how can we tell our children that there is no money to spare for them?

In the words of student Rahmaan Mohammadi, writing in The Guardian,

“This is a redirection of funds, away from existing services and support, toward the government’s new gimmick that will only narrow our curriculum” 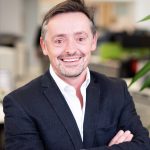 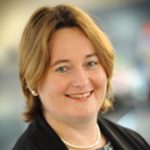