Give Peace a Chance in Schools

Give Peace a Chance in Schools

A Special ‘From Around The World’

In times of conflict, education is often viewed as the place to promote better relations. Under the UK’s “Prevent” policy, nurseries, schools and universities are treated as places where the growth of radical extremism may be undermined. Educators are expected to instil “British values” in their students while also being on the lookout for signs of extremist behaviour or attitudes, which they are required to report.

By contrast, when working in other parts of the world, the UK government encourages a different approach – peace education. It offers funding for this in places like Lebanon, Iraq, Jamaica, Rwanda, and the Somali region of Ethiopia. The former British prime minister, David Cameron, was co-chair of the UN work that culminated in the Sustainable Development Goals (SDGs). These include a target that children around the world acquire knowledge and skills for peace, non-violence and appreciation of cultural diversity.

But if the UK is happy to support peace education at a global level, why does it adopt such a different approach in British schools?

Peace education focuses on dismantling all forms of violence and on creating a just and sustainable culture of peace. It covers subjects such as human rights, the environment and conflict resolution – and there are many ways of introducing it into education systems.

Another approach uses history as a tool to learn lessons for the present and future. The American organisation, Facing History and Ourselves, has inspired educators in South Africa, Rwanda and the countries which made up the former Yugoslavia.  In Colombia, a new policy requires schools to teach about peace. For some, this has meant the introduction of a new subject, for others it means holding peace events or local history projects.

In Kenya, as a response to the post-election violence in 2007-08, peace education was integrated throughout the national curriculum, in subjects like social studies, religious education and history. Botswana, a country that has not witnessed major incidents of violent conflict despite being surrounded by neighbours who have, created its post-independence education policy around kagisano (making peace) and continues to involve schools in developing a sense of national unity in an ethnically diverse country.

Peace education and Prevent are both about values. The difference is that peace education seeks to develop values rather than delivering them. Peace education gives students the opportunity to consider the values which are important to them, and to the societies in which they want to live.

Peace education would take a more reasonable approach, seeing opportunities for dialogue in the conflict situation. Prevention of violence is, of course, an important part of building peace. But as the Norwegian sociologist Johan Galtung argues, the absence of violence is only the first step towards peace.

Galtung defines the absence of violence as “negative peace”. He calls instead for work towards “positive peace”, which addresses direct violence but also examines its causes and consequences.

To deal with these causes and consequences, societies have to understand them. Good peace education gives young people this chance – encouraging them to explore difficult histories, discuss alternative perspectives, learn lessons from the past and imagine better futures. Keeping the focus on negative peace in the UK’s classrooms shuts down opportunities for these important discussions. Chances are being missed for young people in increasingly diverse classrooms to learn from one another.

Around the world, countries affected by conflict are turning to their classrooms as a place to build peace. Although the UK is not necessarily viewed globally as a traditional conflict setting, recent events in London and Manchester coupled with the stark reality of the race and hate crimes for England and Wales make clear that relations in the UK are tense and conflicted.

Moving to a broader approach, away from the narrow concerns of Prevent, would align with the UN’s sustainable development goals of achieving quality education and promoting peace, justice and strong institutions. Fortunately, there is a wealth of international knowledge on peace education programmes from which the UK could directly benefit. It could be used to develop a culture of sustainable peace by enabling difficult discussions and by supporting students to understand and tackle the causes of violence and inequality.

Education is not just about passing exams or economic wealth. To prevent extremism, it needs to enable students to develop alternatives.

So, all we are saying, is give peace education a chance. 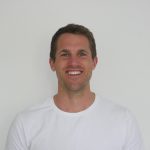 NQTs; you will make a difference