Autism: we need greater awareness but above all greater clarity.

Autism: we need greater awareness but above all greater clarity.

In a documentary, naturalist and wildlife presenter, Chris Packham, talked about having Asperger’s Syndrome, a form of autism. It was a rare snapshot into the life of an adult with Asperger’s – and especially so as Chris Packham only realised this in his 40s. Chris said he “spent 30 years on the telly trying his best to act normal”.

During the documentary ‘Asperger’s and Me’, Chris tries to explain what it’s like to live with the condition as he explores his often difficult formative years – while criticising society’s desire to change the individual living with autism, rather than adapt to them.

It’s when the naturalist and TV presenter is talking to a pioneer of Applied Behaviour Analysis (ABA) that an ugly professional view on autism rears its head. The scientist draws comparisons between autism and cancer, branding his preferred method of treatment, ABA, as “educational chemotherapy”. “Curing autism would be a dream”, he says to Chris Packham, who was diagnosed with Asperger syndrome in 2005. Chris Packham successfully bites his tongue, but is clearly agitated by the statement. He dismisses ABA, which attempts to “stamp” autistic behaviours out of children from a young age in often stressful, sensory rich environments.

Though some of Chris Packham’s experiences may have come as a surprise to viewers – who may have been expecting a “social outsider”, not an award-winning television presenter with a long-term girlfriend – they fit with new research on how some people with autism use their psychological strengths and special interests to manage their difficulties in social situations.

People with autism have difficulties socialising and communicating with other people. They also have restricted behaviours – sticking to strict routines or following rituals – and special interests, which can lead to extensive knowledge about a particular topic.

Back on our screens for a second series is The A Word. It has been applauded for its portrayal of autism and the ways in which in continues to “kill stereotypes”.  Viewers took to social media following seven-year-old Joe Hughes (played by Max Vento) portrayal of the character, with one fan tweeting: “I don’t know how they do it but every episode of #TheAWord feels so personal and relatable. Can’t wait to see the rest of the series #autism.”

“#TheAWord has to be one of the most realistic portrayals of autism I have ever seen. As an autistic person myself, it is so refreshing to see,” posted another.

In the Chris Packham programme he described how his own special interests helped him become a wildlife expert: “I had something that my peers didn’t … a vast encyclopaedic knowledge of the natural world.” He also described making mental lists about things he should and shouldn’t say in social situations at work.

Autistic people, like Chris Packham, develop these compensatory strategies to cope with their difficulties. They can use non-social skills, such as their attention to detail, logical thinking, and the aforementioned special interests, to help them deal with social situations and jobs that involve other people.

Fewer than one in six autistic adults are in full-time employment in the UK, but Chris Packham insists that the gifts that the condition can deliver simply aren’t being explored. During a visit to Silicon Valley Chris Packham talks to the author Steve Silberman about the benefits that autistic people can deliver for society, when society adapts to them. “People with autistic traits made this place happen,” notes Silberman.

If autistic people are helped to use their psychological strengths – in schools, universities and the workplace – they may be able to cope well in these settings. There are schemes to help autistic people move from school to higher education, and they can sometimes get ongoing support at university. There is also a small but growing set of companies actively seeking the psychological skills of people with autism.

Autistic people can offer a unique perspective and often enjoy doing difficult technical jobs because of their good attention to detail. But this is just the beginning, we need more of these schemes to help older adults with autism cope with the pressures they face in every day life.

Young people with high functioning ASC may be more adept at learning strategies to help them fit in. However, this takes a great deal of energy and individuals can experience severe anxiety and stress.

The truth is, many youngsters with high-functioning ASC spend the whole day navigating what is to them a puzzling, frustrating and sometimes frightening world; doing their best to fit in and not be “caught out”. They may also find it hard to express when they do feel overwhelmed or anxious. When they get home, they can relax and let out all of their pent-up stresses, which can present itself in the form of rather challenging behaviours.

Young people with a diagnosis of high functioning ASC may appear fairly normal to their peers, however, their occasionally odd behaviour could make them vulnerable to teasing. They may also struggle with emotional regulation, and this could present itself in the form of angry outbursts, particularly if faced with an unexpected change.

Young people with high functioning ASC may also be very aware of their difficulties, which in turn may distort their perceptions of social situations – making them seem especially sensitive. Executive planning skills can present a challenge; homework can therefore become an area of contention.

Last but not least, all of these challenges unsurprisingly can take their toll, leading to many young people with high functioning ASC experiencing anxiety and/or depression, which can severely impact their attendance and progress at school.

Chris was asked in the programme if he could take a pill to stop it all and be ‘normal’, would he take it?

He was categorical: given the choice he would not change although he did accept that his life has not been without its challenges. His view was that, rather than finding a cure to make people with ASD ‘normal’, society should change its perception and be more accepting of difference. He understood that his ASD made him have an encyclopaedic mind, a relentless energy for the pursuit for truth and justice for wildlife and a unique understanding of the natural world. 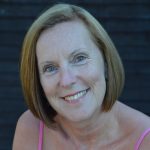 Men can be nursery teachers too so why aren’t they?