The early years sector has raised the alarm but is the government listening?

The early years sector has raised the alarm but is the government listening?

Official Ofsted figures, obtained by Tracy Brabin, the shadow minister for early years, show there has been a net loss of 1,146 nurseries and childminders from the Early Years Register since 2015. In total, 15,288 childcare providers have left the register, while only 14,142 have joined. Four-fifths (81%) of those who left the register had been rated either good or outstanding by Ofsted.

In a letter sent to Suffolk providers by Dr Therese Coffey, MP for Suffolk coastal, following a meeting with the children and families minister Robert Goodwill and Department for Education officials about the 30 hours, she states that, ‘funding of the policy is largely based on the premise that the 30 hours’ equivalent is split into 15 hours of educational provision and 15 hours of general childcare without a specific educational focus’.

However, this is at odds with the model agreement and the Department for Education’s own guidance, which states there is no difference between the first and second 15 hours.

In light of the confusion, the Pre-school Learning Alliance has written a letter to Ms Coffey, who previously held responsibility for rural childcare, to voice its concern, with Alliance chief executive Neil Leitch calling on the MP to seek clarity on the issue as a matter of priority.

In a further comment, Mr Leitch said, ‘It beggars belief that at this stage of the policy process, there’s still confusion over what the 30 hours actually is. While the policy may have been developed with the aim of encouraging parents to get back to work, both the DfE and Ofsted have been very clear that there should be no difference in the way that the universal 15 hours and the extended 15 hours are delivered in practice.

The policy, rolled out nationally in September, promised working parents of three- and four-year-olds across England 30 hours childcare per week for 38 weeks of the year, free at the point of use for parents earning at least the equivalent of 16 hours at the national living/minimum wage, and less than £100,000 a year.

Sanjay Morzaria, who runs Little Darling Childcare in Harrow, faces a £14.60 daily shortfall in funding from his local authority for each 30-hour place he provides but, under the rules of the scheme, he is not allowed to openly charge parents a compulsory top-up fee to make up the difference. He thinks this is unfair: “I’ve had to think in a very deceitful way to find a way around a government policy that would hurt my business.”

A DfE spokesperson said, ‘The department has been clear in correspondence and in guidance for providers that all funded provision must meet the requirements of the Early Years Foundation Stage Framework – whether this is through the universal 15 hour offer or extended 30 hour entitlements.

‘We are investing a record £6bn in childcare, including the increased rates paid to councils under our funding formula to deliver 30 hours – which is already being successfully delivered to thousands of parents around the country.’

Should ministers hold a relevant qualification and experience in child development/care and education before they are assigned a children and families post so they can make informed and educated decisions – based on experience and knowledge- before ‘inflicting’ their ideas on early years practice?

Similar concerns were expressed by Josy Thompson, director of Funcare Ltd which runs three nurseries in Harrogate, who appealed to childcare minister Robert Goodwill and the education secretary Justine Greening for more funding telling them:

‘Morale in providers of Early Years is at the lowest I have known it in 17 years’.

Her letter began: ‘Following our brief chat in Westminster last Thursday I am writing to plead for you to listen and take action with respect to the current very serious underfunding in Early Years.

‘You stated that research had shown that a funding rate of £3.72 per hour was sufficient to provide an hour of childcare/early education. Even if the Maths in this study were correct, which so many nurseries would strongly dispute, this information is now 2 years old.

‘In these 2 years the living/minimum wage, which is our main cost driver has increased by 15 per cent. Surely anyone with a basic grasp of Maths can see that this does not work? ‘My own calculations show me that I need £4.70 per hour.’

Research by the TUC, a federation of trade unions, published last month reveals that in England the average wages of those with a one-year-old child rose by 12 per cent between 2008 and 2016 in cash terms, although pay is still falling in real terms. However, during the same period, childcare costs rose by 48 per cent. It finds that in some parts of the UK, the cost of childcare has risen by even more. For example, in London, childcare has risen 7.4 times more quickly than pay, in the East Midlands seven times, and in the West Midlands 4.8 times.

‘The sector’s most valuable asset is its experienced, passionate workforce,’ said Neil Leitch, chief executive of the Pre-school Learning Alliance. ‘But as the research makes clear, sector pay rates are still well below the national average. This simply cannot change without an increase in funding rates – and yet the implementation of the 30 hours policy, alongside the fact that current funding levels will be frozen until 2020, means that things are only going to get more difficult for the sector if the Government doesn’t act soon.’

On the upside, the number of men in childcare has increased, albeit from a low base. Men now account for 5 per cent of the PVI workforce, according to the data. DfE data from 2013 indicated male childcare practitioners made up 2 per cent of the workforce.

The Science and Technology Committee will examine the strength of the evidence linking adverse childhood experiences with long-term negative outcomes, the evidence base for related interventions, whether evidence is being used effectively in policy-making, and the support and oversight for research into this area.

“Adverse childhood experiences can have a huge impact on an individual in later life. We are concerned that research into this area may not be being effectively used when creating health policy and other support arrangements.”

The Committee would welcome written submissions by 8 December 2017 on current research into ‘adverse childhood experiences’, the extent of the evidence linking them to negative outcomes in later life and relevant educational, social and health interventions, as well as the extent to which this research is supported and used by Government. 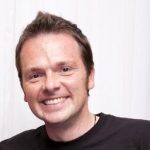 Warning: If you believe in Santa do not read this update from Ofsted

Have we lost the art of great storytelling?