Teaching can be a lonely, isolating business. Despite being in a classroom all day with lots of children, even catching sight of the occasional adult, you can feel as if you’re doing everything alone; especially when something goes wrong.

Often you can have your team – the department you work with, those with similar classes, but that’s no guarantee that you’ll find someone to genuinely connect with. As a senior leader, as a headteacher, the pool of people available to share with shrinks further.

Regardless of all the ills of social media, Twitter has enabled me to find my edu-tribe. Suddenly I was not restricted to the individuals sitting in the staffroom. I’ve always found staffrooms difficult – am I sitting in someone’s chair? Why is everyone in my department talking about diets and knitting? I wonder if the young people of there would talk to me if I sat with the?

One of the first online friendships I made was with @rlj1981 @gwenelope and @betsysalt. In the Twitter staffroom you just throw a tweet in and see what happens. Luckily we shared a certain outlook on life and education and we kept one another going when things seemed bleak. It’s fair to say that all our lives are considerably different these days, a good five years or so later, and we rarely meet in person, (I think the last time was for @rlj1981’s wedding this spring), but they are undoubtedly my tribe.

It’s not a surprise that @WomenEd began as a Twitter-based online grassroots movement – how better to find a much larger tribe? We connected through staffrm.io blogs and a shared rage at inequity in education. It wasn’t until our very first Unconference in October 2015 that we seven original co-founders actually met one another in the flesh; we still haven’t met up together that many times, perhaps once or twice a year.

And although we still refer to @WomenEd as a grassroots movement, when we have over sixteen thousand followers on Twitter, shortlisted for the Excellence in Diversity Awards, named one of TES’s top ten most influential people in education and have now been commissioned to write a book – we have grown taller than grassroots. And this is because so many women – and men – feel that they belong to our tribe; we share values, ideals and ambitions. People who perhaps felt isolated all on their own found in us a place to belong and found their voice. The vast majority of those contributing to our blog are first time writers – they’re being 10% braver.

Another tribe I have found on Twitter is the Headteachers’ Roundtable @HeadsRoundtable. We are a non-political think tank that seeks to provide a range of perspectives on education policy.

The headteachers (and executive heads and CEOs) at the table cover Early Years, primary, secondary and further education; we feature heads of rural schools, inner-city schools, special schools and PRUs. Currently chaired by the wonderfully affable and clever Stephen Tierney, simply the best herder of cats I’ve ever met. It is a tribe of principled, passionate and intelligent heads that make me proud to do the job. It’s a tribe aiming to improve children’s lives and do so quietly, letting politicians take the glory! The Headteachers’ Roundtable Summit takes place on Friday 23rd February in Westminster – come along and join in.

Keziah Featherstone is co-founder and national leader for #WomenEd. She is a member of the Headteachers Roundtable and an experienced school leader. She tweets at @keziah70

Grammar schools, the evidence so far. 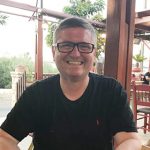