The only thing that is certain is uncertainty! 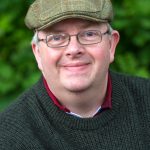 The only thing that is certain is uncertainty!

After much pondering there are two broad themes I know will dominate education in 2019. You could argue there are many more but these two will definitely affect all schools this year.

I know for sure the main theme is the creeping Grendel that strangles every aspect of public service; uncertainty. It seeps into plans and the ordinary day-to-day work quietly silting up every policy meander. Things just don’t get done and people become afraid to make bold decisions; for that matter decisions of any kind. Like pouring sand into a clock this will make things slow down, until time just stands still. When (and I hope it’s ‘when’ quickly) things do start to resolve its going to take months to crank the engine of state back into life. Bump starting a nation won’t be a five-minute job.

The malaise starts with questioning pet projects; as a head teacher would you embark on expanding your grammar school with the possibility of funding being pulled at any stage? Then there is knowing who will be secretary of state. The average secretary of state lasts approximately 18 months and wants to ‘leave their mark’. Then we consider which party may be in government and this all ends with so many unanswerable variations decisions become impossible.

Almost any plans beyond six months become hypothetical. Yet schools have to be seen to plan three years in advance. If schools spend a single hour every six months on plans this costs the system the equivalent of 2875 working days. This never-ending gyre drains time which could be focussed on making schools better, or even educating children.

Education thrives in the dull, boring, predictable years of national stability and that’s not the times we live in.

Dosh, brass, spondulicks, wherewithal, whatever you call it cash (or the lack of it) is king. It’s not a political point to say that in the last spate of funding rounds education has not been top of the pile. The NHS has a promise of £20,000,000,000 a year extra by 2022, the MoD is inveigling for a Trident replacement at an eye watering £100 billion; we got ‘little extras’.

Had I written this a couple of weeks ago, I would have been worrying about the implications of the changes to pensions in September. The police have the same issue and received money to cover it, now education has got the same. This is great news but kicks the can down the road for one year, and only one year. It’s not a guaranteed year on year increase and may be funded by reallocation of existing resources. What’s left to cut?

Sometimes it makes you wonder if we’ve had any new money since the days of Queen Victoria?

Did the DfE actually prize money from the cold hand of the treasury?

Will we get money next year or is that the spectre of budgets future with mass redundancies in the offing?

I’m not being alarmist, schools can’t fund these changes within existing budgets. Stuff has been pared to the bone and the only way to make any kind of reduction would be by losing more staff. The system keeps going despite the funding and because of the dedication of the teachers, leaders, staff and volunteers who keep working week in week out.

Apologies for being the educational Eeyore but whistling cheerfully and hoping something will turn up may be terribly British but these are teachers’ lives and careers; never mind the incalculable effect on children.
Good Luck with 2019!

The ladder of Inference

How do we embrace ALL children?