I still remember being asked by a chair of governors at an interview for headship whether I was left-handed or not. I never found out how he thought it relevant to the job or indeed whether he thought it an advantage or a disadvantage.

It is worth remembering that the Latin for left is sinister, a word that became synonymous with evil and wrong doing, and the Latin for right is dexter which is now associated with skilful. The belief that there is a link between talent and left-handedness has a long history. Leonardo da Vinci was left-handed. So were Mark Twain, Mozart, Marie Curie, Nicola Tesla and Aristotle. It’s no different today – former US president Barack Obama is a left-hander, as is business leader Bill Gates and footballer Lionel Messi.

But is it really true that left-handers are more likely to be geniuses? Let’s take a look at the latest evidence – including a new study on handedness and mathematical ability.

It is estimated that between 10% and 13.5% of the population are not right-handed. While a few of these people are equally comfortable using either hand, the vast majority are left-handed.

Hand preference is a manifestation of brain function and is therefore related to cognition. Left-handers exhibit, on average, a more developed right brain hemisphere, which is specialised for processes such as spatial reasoning and the ability to rotate mental representations of objects.

It is known that the corpus callosum – the bundle of nerve cells connecting the two brain hemispheres – tends to be larger in left-handers. This suggests that some left-handers have an enhanced connectivity between the two hemispheres and hence superior information processing. Why that is, however, is unclear. One theory argues that living in a world designed for right-handers could be forcing left-handers to use both hands – thereby increasing connectivity. This opens up the possibility that we could all achieve enhanced connectivity by training ourselves to use both hands.

These peculiarities may be the reason why left-handers seem to have an edge in several professions and arts. For example, they are over-represented among musicians, creative artists, architects and chess players. Needless to say, efficient information processing and superior spatial skills are essential in all these activities.

The University of Liverpool conducted research in this area. The results, published in Frontiers and featured in The Conversation, show that left-handers outperformed the rest of the sample when the tasks involved difficult problem-solving, such as associating mathematical functions to a given set of data. This pattern of results was particularly clear in male adolescents. By contrast, when the task was not so demanding, such as when doing simple arithmetic, there was no difference between left- and right-handers. The findings revealed that extreme right-handers – individuals who said they prefer to use their right hand for all items on the handedness test – under-performed in all the experiments compared to moderate right-handers and left-handers.

Recent scientific studies involving 470,000 people from the UK and US suggest that left-handers are at a disadvantage in the workplace and will earn 12% less than their right-handed counterparts over a lifetime.

But it isn’t all bad news for lefties. Left-handed individuals are also considered to be more creative, artistic, musical and more likely to have tendencies towards genius than right-handed people. They are also more likely to be effective visual thinkers and better at 3D perception – which is perhaps why there are more left-handed architects than right-handed. Left-handed sportsmen and women are often exceptional. In fact, 40% of the current top tennis players are lefties, including Rafael Nadel. Other notable lefties include Albert Einstein and Leonardo Da Vinci. It’s also interesting that 5 of the last 7 US presidents have been left-handed.

Writing in an article that appeared in The Conversation last month, Gillian Forrester, Senior Lecturer in Psychology, University of Westminster states;

We now know that a child’s handedness says something about the organisation and function of their brain. The left and right hemispheres of the brain control motor action on the opposite sides of the body. Yet, the left and right halves of the brain are not equal in their control of different types of behaviours, which results in a bias of one hand over the other for certain tasks. Today, we understand that handedness is not a binary characteristic (left or right), but rather, it exists along a gradient that ranges from strongly left-handed to strongly right-handed.

As they start to develop their motor skills, children may use both the left and right hands equally for simple actions such as reaching for objects. This is because both hands can accomplish the task with ease. Yet, for the majority of the population, more complex tasks require the specialised processing properties of the left hemisphere of the brain. For example, the majority of children choose their right hand for writing.

New research that I’m working on is considering how infant handedness can be used as a marker of a child’s risk of developing language disorders. Current diagnoses of ASDs tend to occur relatively late, when children fail to produce and understand basic language. Late diagnoses can limit benefits that may come from early interventions and therapies. Infant brains are incredibly flexible and the right kinds of early intervention may improve later cognitive development and mental health.

Finally, in case you were not aware of it; August 13th is designated International Left-Handers Day by Lefthanders International. It was first observed on the 13th of August, in the year 1976. As the name suggests, it is meant to promote awareness of the inconveniences faced by left-handers in a predominantly right-handed world. It celebrates their uniqueness and differences, who are from seven to ten percent of the world’s population. Hundreds of millions of left-handed people in today’s society have to adapt to use right-handed tools and objects.

The Challenge of the Changing Curriculum 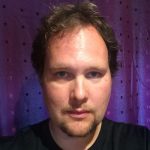 Top 10 Tips for an Anxious Teenager. 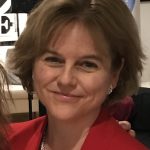