Meetings……are there just too many?

If you do not work in a school, you might be forgiven for thinking that teachers spend most of their time in the classroom, but that is not necessarily the case. In an average week the average deputy head will spend at least 72.4% in meetings (for a full statistical breakdown complete with excel charts, powerpoint slides and correlation coefficient analysis; see Appendix 4b.3. On the other hand it would be more fun and interesting to actually have your own appendix removed instead)

But it’s actually worse than that. Teachers do not only have to endure the actual meetings but also training sessions on how to ensure that meetings are effective.

I propose that all schools put on the following course to meet the needs of continual professional development;

“MEETINGS – A practical alternative to work”

There are even sessions on “what to do when things go wrong in a meeting”.

So, why do so many meetings go wrong or are just plainly a waste of everyone’s time? To answer that question we must first understand that there are different types of people in meetings and understanding their behaviour and motivation is key to ensuring the meeting is effective.

I do recognise that there are clear roles at a meeting; the chair, the clerk, the facilitator, the time-keeper but have you ever experienced any of these?

Their most important characteristic is that they dress as bland and as innocuously as possible; a blue jacket, grey trousers/skirt, blue shirt/blouse, grey tie…..you get the picture? The crucial factor is never to attract any attention. The occasional nod of the head, just gently, to suggest agreement……imitating the gentle swaying of a branch in the wind or a twig in a stream; in other words you go with the flow. Never be tempted to contribute no matter the provocation or encouragement. In an emergency, use one of these phrases:

If you need any further advice on how to fulfil this vital role then suggest to ‘the powers that be’ that as part of your continuing professional development you ‘work shadow’ a College Master at either Oxford or Cambridge who, in my experience, have made ‘The Sleeper’ role at meetings into an art form. Of course you will also learn that the best port in the world is a ‘Taylor-Fladgate 2004’.

“Sometimes its har-rd but you gotta understand
When the lord made me, he made a ra-amblin man.”

Of course the rambler can be a man or a woman as long as it is someone who has that knack of being able to re-direct or, more accurately mis-direct, a topic under discussion. They will normally bring up an unrelated issue or event invariably one in which they participated and one which puts them in the best possible light. So the topic under discussion at the recent heads of department meeting was ‘the effective use of a range of kinaesthetic learning styles’; up sparks ‘The Rambler’ and tells everyone how with year 11 last period on Friday he had the whole class writing in silence for the hour; “they were no trouble for me”.

Of course ‘The Rambler’ is not to be confused with ‘The Babbler’ who will not drift away from the topic under discussion but merely, somehow, take an inordinate amount of time to make one point (normally that someone else has already made). This always goes down very well with ‘The Sleeper’ who can catch up with their nap. You may find that ‘The Rambler’ and ‘The Sleeper’ are friends or, if not, colleagues in the same department (most likely maths or science) and after a particularly long ramble that will invariably contain a non-too-subtle criticism of senior leaders, the latter will mumble a grunt in approval.

The diatribe of ‘The Rambler’ is often prolonged by comments such as “we should get year 11 boys to write more neatly” or ‘detention is a punishment” or “if they were punctual, I could start the lesson on time”. These, of course, are the mutterings of “The Master of the*********obvious”. Every meeting has one. The main characteristic of this person is that they believe that their comments are insightful and represent a revelation, the like of which the school has never witnessed. They deliver these ‘pearls’ with such conviction and sincerity that no-one has the courage to tell them the truth.

“When I was at school things were different”

“I think we should punish the students who don’t behave”

No meeting is complete without ‘The Moaner’ sometimes referred to as ‘The Whinger’. Their constant griping and complaining can wear you down but remember they also make the rest of us look good in the eyes of the Head and governors. You know those training days where you are told that an effective strategy is not to dismiss what a moaner might be saying, to let them know gently that by saying what they have they may be undermining a colleague or have a negative effect; ignore this advice. That is precisely what will infuriate them more.

Instead, try this strategy:

Elevate complaining to its rightful place in your school. Hold official BMW (Bellyache, Moan, and Whine) sessions where you ask and even reward your staff for complaining. Encourage people to exaggerate their complaints and be overly dramatic. The group will get a good laugh out of it and probably generate solutions while they’re at it.

The problem with this can be one of addiction. You’ve made complaining pleasant and enjoyable and fun, so people get hooked on it.

“What, another meeting at lunch-time! So, I suppose I’ll just have to chew on my manila folder for nutrition or scrape off some chewing gum from underneath the table, oh and you can forget about me having the time to mark those exam papers.”

Remember that for the “Moaner” it is an audience that is the source of their power so you could just walk away and ignore them. Without a stage they just become a prop.

How do we embrace ALL children?

Can the world of education learn some tips from ‘Pixar’ ? 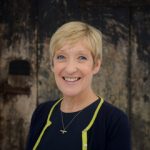 The Perils of the Quick Fix Culture