More students are dropping out of university because of mental health problems. And the mental health of academics is also suffering more than ever before. One recent survey found that 43% of academic staff exhibited symptoms of at least one mild mental disorder, with increased workloads, and pressures surrounding the job primarily to blame.

Making knowledge production into a game also puts academics in competition with each other, as research is being measured mainly by who publishes first and in the “best” journals – which actually slows the progress and sharing of knowledge.

Approximately one in four people in the UK will experience a mental health problem each year. In England, one in six people over the age of 16 report experiencing a common mental health problem (such as anxiety and depression) in any given week. Nearly half of adults self-identify as having a mental health problem with only two thirds of these having been diagnosed by a professional. There is evidence that how people are coping with mental health problems is getting worse, as demonstrated by the increasing number of people who self-harm and/or have suicidal thoughts. It has been established that 50% of mental illness in adult life (excluding dementia) starts before age 15 and 75% by age 18.

Student attainment, as measured by student “outcomes” and graduate employment after university, is now fundamental to university rankings, which in turn influences student recruitment.

To avoid being the “losers” in these games, both students and lecturers are put under an extreme amount of pressure to relentlessly focus on outcomes instead of processes. This in turn impacts on another key factor, student satisfaction, as measured by linear scores in the National Student Survey.

Research has shown that the need to top the scoreboard pushes academics into providing entertainment and services to the “students as customers” instead of challenging them to think critically.

A poll conducted recently of almost 38,000 UK students suggests rates of psychological distress and illness are on the rise in universities, with “alarmingly high” levels of anxiety, loneliness, substance misuse and thoughts of self-harm.

Researchers say the report, reported on by the Guardian, is the largest mental health survey ever conducted among UK university students, and its findings constitute “an urgent call to action”.

The findings were based on responses from a self-selecting sample of students who took part in an online survey. Among the key findings likely to prompt concern among parents and those responsible for student welfare were those on self-harm. Half of the students (50.3%) who took part reported thoughts of self-harm – almost twice as high as reported rates in 2017 – while just under one in 10 (9.4%) thought of self-harm often or always.

More than four out of 10 (44.7%) admitted using alcohol or drugs to cope with their problems, while one in 10 (9.5%) said they did this often or always. One in three (33.9%) had experienced a serious psychological issue for which they felt they needed professional help – an increase of just under 1% in a year.

The survey also flagged up the vulnerability of students in their second and third years who are said to be at “significantly higher risk” than freshers.

While the findings echo previous research, the scale of the study, which polled 37,500 students at 140 universities across England, Wales and Scotland, make it hard for policymakers to ignore.

One of the most striking findings is that while student mental health concerns and efforts previously focused on first-years who have moved away from home for the first time, students later in their university careers are struggling too.

Of course, not all students are the same. Some will have “the time of their lives” at university, while others will struggle. There are many factors that can reduce a students’ ability to cope with the challenges of university life that include living independently for the first time, making friends, or managing an increased workload.

Some students may also have additional work responsibilities, family or care commitments. International students may encounter culture shock, language barriers, and homesickness. While other students may be dealing with pre-existing mental health conditions alongside their studies.

Many universities also now offer dedicated events and initiatives to enhance student well-being, such as Leeds University’s Light Cafe – which uses lighting to boost concentration, lift the mood and increase energy. Then there is also pet therapy sessions such as those run at Edinburgh University, as well as numerous well-being cafes, and well-being zones.

Cambridge University has put in place a Student Mental Health and Wellbeing Strategy which seeks to address concerns across the collegiate University and the sector about increasing levels of poor mental health and wellbeing within the student body.

The Strategy proposes an action plan based on three key strands of work:

~ A research study to help inform and give clarity regarding the extent to which, and in what ways, the current Cambridge culture and ways of working affect student mental health and wellbeing.

~ Engagement with the whole institution via a wellbeing campaign supported by facilitated discussion groups with staff and student members drawn from diverse backgrounds across the collegiate University, collaboratively exploring the impact of the University’s culture, values, ways of working and structures on student mental health and wellbeing.

~ A deep-dive ‘system analysis’, with a focus on the student perspective, of existing support provision across the collegiate University to explore interconnectivity, efficacy and efficiency of support to inform future service improvement.

Studying at university is perhaps the one time in an individual’s life in which work, leisure, accommodation, social life as well as pastoral and social support all exist in a single environment. It is unsurprising, therefore, that a number of factors have combined to increase the need to focus more energy and resources in to the area of student mental health and wellbeing.

The need for the sector to engage seriously and strategically with the topic has been highlighted in a number of recent reports. There is also increasing pressure from the government for Higher Education Institutes to adopt student mental health and wellbeing as a strategic imperative.

On Caring a Little Less 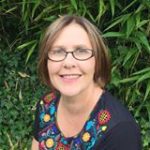 How children who dread PE lessons at school can be given a sporting chance.

Bullying in schools; the dark side of the modern age.